Park University and The 1900 Building are thrilled to announce that Behzod’s solo recital will be broadcast April 1st, FREE of charge, right to the living rooms of classical music lovers everywhere. The broadcast program was videotaped last Saturday at The 1900 Building. It will be an hour-long program with Debussy’s gentle miniatures, Mussorgsky’s Pictures at an Exhibition and commentary on each piece. Time and instructions on accessing the broadcast are pending.

LIVE PERFORMANCE CANCELLED – For March 25th ticket holders, the live concert has been cancelled. To request a refund, please contact info@1900bldg.com or your may consider your ticket a donation to the Park University’s International Center for Music students, faculty and concerts. 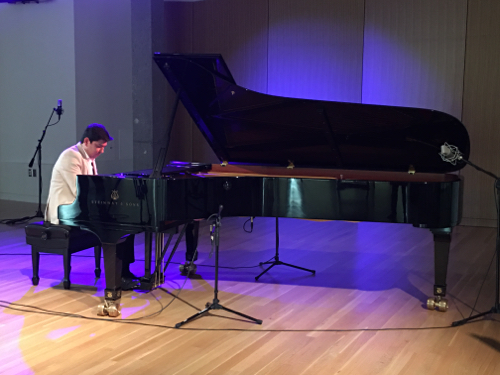 Described by The New York Times as the “Master of all he surveys,” Behzod Abduraimov will perform most of his December 10th Carnegie Hall solo recital for audiences via broadcast on April 1st. In this concert, two master composers tell compelling musical stories. Debussy’s gentle miniatures are tender reflections on childhood. And Mussorgsky’s “Pictures at the Exhibition” brings painting of Mussorgsky’s friend to life.

Pictures at an Exhibition – Mussorgsky

Behzod remarked on how he developed the repertoire for the solo recital: “I built this program on miniatures, beginning with a kaleidoscope of all kinds of human emotions.

Opening the concert are Debussy’s gentle miniatures. Known as tender reflections on childhood, Abduraimov commented: “Debussy’s charming set of 6 pieces, dedicated to his daughter, were not only meant to entertain her, but were to allow us to see the world through a child’s eyes. I see these pieces for adults to immerse themselves into the world of children with some nostalgia thrown in and, of course, a sense of humor.”

Mussorgsky’s “Pictures at the Exhibition” brings painting of Mussorgsky’s friend Viktor Hartmann to life. Abduraimov said, ”These pictures are highly imaginative and give the performer the freedom to basically create music in the actual pictures.”

Mussorgsky based his music on drawings and watercolors by Hartmann produced mostly during Hartmann’s travels abroad to Italy, France, Russia, Poland, and Ukraine. Today most of the pictures from Hartmann’s exhibition are lost which makes it fairly impossible to known exactly which of Hartmann’s works Mussorgsky referenced.

Called “the most perfectly accomplished pianist of his generation,” Behzod Abduraimov is current Artist-in-Residence at Park ICM and former student of Park ICM founder and Artistic Director Stanislav Ioudenitch. Behzod has soloed with leading orchestras worldwide such as the LA Philharmonic, London Symphony Orchestra, and prestigious conductors including Valery Gergiev, Vladimir Ashkenazy, Vasily Petrenko and others.

Following his debut success at Carnegie Hall in 2015, recent seasons have seen Abduraimov work with leading orchestras worldwide. An award-winning recording artist, he released his first concerto disc in 2014 on Decca Classics which features Prokofiev’s Piano Concerto No.3 and Tchaikovsky’s Concerto No.1 with the Orchestra Sinfonica Nazionale della Rai under Juraj Valčuha. His debut recital CD won both the Choc de Classica and the Diapason Découverte. Born in Tashkent, Uzbekistan, in 1990, Abduraimov began to play the piano at the age of five as a pupil of Tamara Popovich at Uspensky State Central Lyceum in Tashkent.

Behzod from 59 Productions on Vimeo. 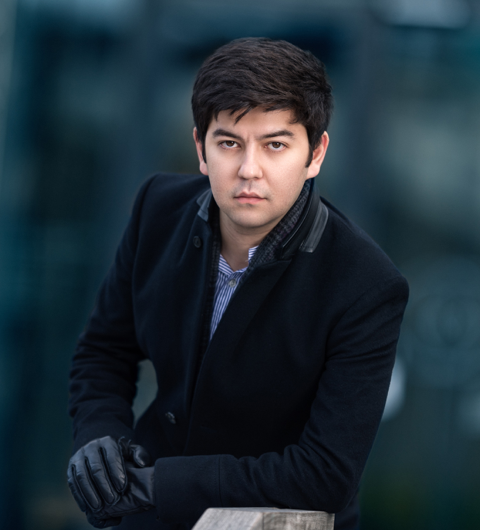