Romanian violinist Irina Muresanu has won the hearts of audiences and critics alike with her “irresistible,” (Boston Globe) exciting, elegant and heartfelt performances of classic, romantic and modern repertoire. The Los Angeles Times has written that her “musical luster, melting lyricism and colorful conception made Irina Muresanu’s performance especially admirable”. Her performances have been frequently cited as among the “Best of Classical Music Performances” by The Boston Globe, most recently for a 2016 recital titled “Rorem, Ravel, and Rags.”

Muresanu has performed in renowned concert halls throughout North America, Europe and Asia. An active chamber musician and recitalist, Ms. Muresanu is a member of the Boston Trio and has appeared in New York, Massachusetts, Maine, Colorado, Hawaii, Netherlands, Belgium, France and Guadeloupe islands. In 2013, Muresanu introduced her “Four Strings Around the World” project, a solo violin recital featuring works of composers inspired by various musical cultures around the world. Critic Keith Powers noticed the formidable virtuosic stamina and originality of this program in The Cape Cod Times, “Four Strings Around the World not only extends the superbly talented Muresanu in new directions, but offers a glimpse into variations of violin technique and approach that would only be gleaned by attending different concerts in various country fairs, Irish pubs, campfire gatherings and parlors.”

Irina Muresanu currently serves on the faculty of the University of Maryland and has taught at the Boston Conservatory and in the Harvard and MIT Music Departments. She received the prestigious Artist Diploma degree and a Doctor in Musical Arts degree from the New England Conservatory. She plays an 1849 Giuseppe Rocca violin and an Étienne Pajeot bow. 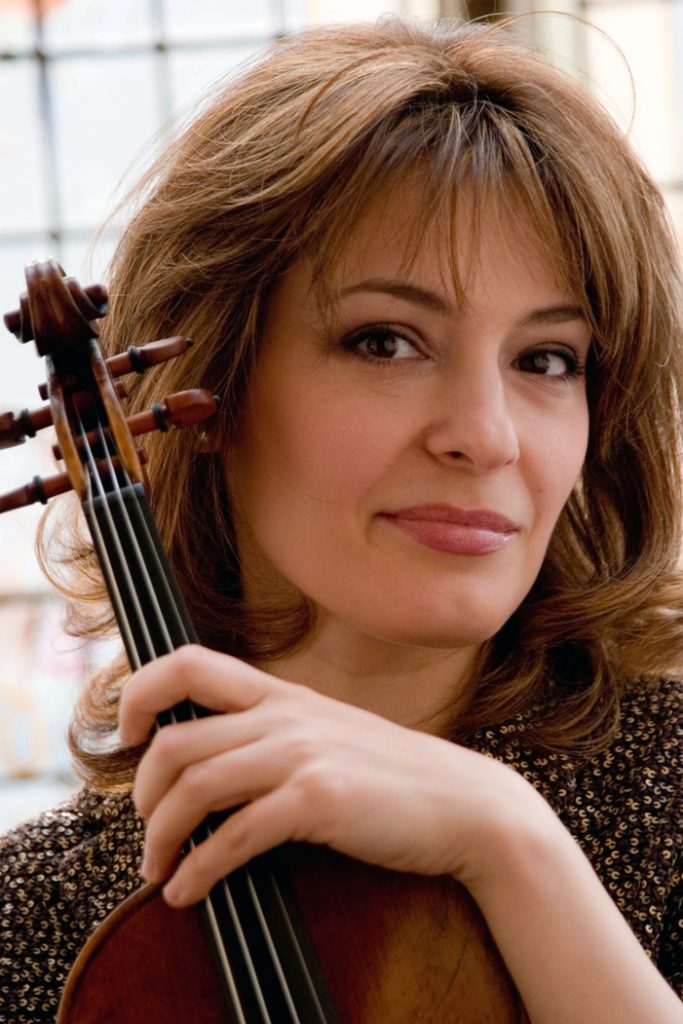