At Park ICM, our protégés not only train hard, they compete and perform hard as well. You’ll find our former and current students at concert halls and top competitions around the globe. The following is a listing of awards and accomplishments our students have achieved since the beginning of Park ICM:

The Canada International Piano Competition was established to encourage young and inspiring musicians in their musical pursuits. The inaugural edition, held during the COVID-19 pandemic, aims to re-establish a sense of purpose in many young pianists’ career paths internationally, and to share the love of music with audiences worldwide again. 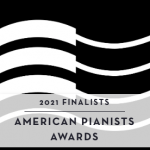 The American Pianists Awards are held every two years to discover the best aspiring young American jazz and classical pianists. The unique and innovative competitions span 13 months and provide a platform to deeply engage musical artists in a variety of creative formats and settings. Winners receive $50,000 and the Christel DeHaan Classical Fellowship, consisting of career assistance for two years, publicity, performance engagements, an Artist-in-Residence post, and a recording contract with Steinway & Sons record label. 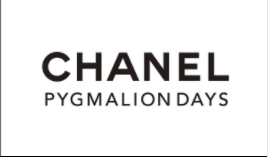 The CHANEL NEXUS HALL, a stunning concert venue within the Chanel Ginza Building in Tokyo, Japan, hosts a wide variety of musical concerts and exhibitions that embody the creative spirit of founder Gabrielle Chanel. CHANEL Pygmalion Days is a concert series inviting budding young artists to perform. Each year, five talented artists are selected to perform throughout the year.

The American Pianists Awards are held every two years to discover the best aspiring young American jazz or classical pianists. The unique and innovative competitions span 13 months and provide a platform to deeply engage musical artists in a variety of creative formats and settings.

Cellist, conductor and pedagogue, Antonio Janigro (1918 – 1989), is regarded as one of the greatest European musicians of our times. 2020 marks the 12th junior international cello competition and the 7th adult competition bearing his name.

The mission of the Elmar Oliveira International Violin Competition is to provide talented violinists, ages 16-32, who are at the start of their careers, with networking, management, public relations, community engagement and concert opportunities in addition to a monetary prize. These long-term career development tools reach well beyond financial support, actively demonstrating the strong dedication of the EOIVC to cultivating and nurturing developing musicians as well as encouraging them engage with the communities they serve. 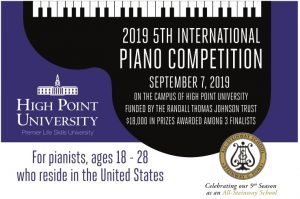 The IKIF competition supports and recognizes the artistic endeavors of participants in the festival, and encourages excellence and dedication. There are three phases of the competition: Preliminaries, Semi-Finals and Finals. For the Final phase of the competition a one hour program, of varied and substantial repertoire, is required.

Sendai International Music Competition was created by the City of Sendai in 2001 to commemorate the 400th anniversary of the city. The Competition is held every three years, aiming to contribute to the global culture of music and to international cultural exchange, through the nurturing of young, talented musicians.

Conducted through the Wichita Symphony Orchestra, One person is named the Naftzger Young Artist and wins $5,000. Three other division prizes are awarded $2,000 each, and four division runner-up awards of $500.

The Queen Elisabeth Competition is for musicians who have completed their training and who are ready to embark upon an international career. Established in 1937, the Competition soon became one of the leading international competitions for the violin and the piano; later, it was extended to include composition and (since 1988) the voice; beginning in 2017 it includes the cello. The Queen Elisabeth Competition owes its reputation in part to the very strict rules under which it is organized, but it also owes much to its prestigious jury, made up of outstanding artists and internationally renowned educators.

Nena Wideman, a former member of the Centenary College piano faculty, was the guiding spirit of the first Wideman competition in 1950 and continued with unwavering enthusiasm until her death in 1983. In 1982, an Endowment was created by the Shreveport Symphony in honor of Mrs. Wideman that established the permanence of this annual event. Outstanding pianists from around the world compete before nationally and internationally known judges.

The triennial Singapore International Violin Competition serves to promote the continued growth and strength of classical music in the region, as well as providing a showcase for young violinists from around the world against the backdrop of Singapore’s world-class performance venues, its national orchestra and its internationally renowned music conservatory.

ICM Graduate student, 2018. One of six finalists. Only finalist from America. Placed fourth.

Winning the first Tchaikovsky Competition in Moscow at the height of the Cold War in 1958 brought Van Cliburn unprecedented celebrity for an American concert pianist. Cliburn’s international victory instilled a fresh sense of artistic pride in many Americans, while opening the door to a new era of cultural relations between East and West. The Van Cliburn International Piano Competition was established shortly thereafter in 1962 to perpetuate Van Cliburn’s unique legacy of demonstrating how classical music, in the hands of a master, has the appeal to reach across all borders. The quadrennial Van Cliburn International Piano Competition is considered one of the worlds most prestigious and grueling piano competitions. Hundreds from around the world apply but only 30 pianists are invited to compete. The Cliburn Competition is one of the few musical events in the world to arrange for competitors to stay with host families. The resulting southern hospitality has become a trademark of the Cliburn Competition.

Over eight days, a feast of spellbinding acts of virtuosity, heartstring-tugging treasures and heroic masterpieces are performed by 16 of the world’s finest young violinists. The “Michael Hill” is recognized as one of the most sought-after international violin prizes and the careers of future musical legends are launched here in New Zealand where they compete for a prize package valued at over $100,000.

The Queen Elisabeth Competition is for musicians who have completed their training and who are ready to embark upon an international career. Established in 1937, the Competition soon became one of the leading international competitions for the violin and the piano; later, it was extended to include composition and (since 1988) the voice; beginning in 2017 it includes the cello. The Queen Elisabeth Competition owes its reputation in part to the very strict rules under which it is organized, but it also owes much to its prestigious jury, made up of outstanding artists and internationally renowned educators.

The Kansas City Symphony invites students between the ages of 13-18 to participate in the 2018 Woman’s City Club Charitable Foundation Young Artist Competition. Nearly $2,000 in prize money and the opportunity to perform with the Kansas City Symphony is awarded. Selected finalists perform in February each year at the Kauffman Center for the Performing Arts in Helzberg Hall. 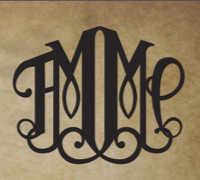 Established in 2010 and sponsored by the Friday Morning Music Club Foundation, the International Johansen Competition is held for students of violin, viola, and cello, ages 13–17 years annually in Washington DC.

The King Award for Young Artists

The KING-FM Young Artist Awards, presented in partnership with the Seattle Chamber Music Society, is now in its sixth season. It strives to give talented young musicians a bigger stage as part of the radio station’s promise of support for arts education, community partnerships with the arts, and live broadcasts. Through a combination of world-class judges and listener votes, 10 finalists are chosen and perform live on the air before a winner in each of two age divisions is crowned. The 2017 Young Artist Awards competition is presented by Classical KING FM 98.1 in partnership with BECU and the Seattle Chamber Music Society.

The London International Piano Competition has been staged in the British capital since 1991. Young pianists from all over the world are specially selected to perform in front of a demanding audience in some of the most iconic venues.

Beginning in 1982, presented by the Music Club of Kingsville

Now titled the Charles Eisemann International Young Artists Competition for Strings, and presented by the Richardson Symphony Orchestra. The purpose of the competition is to recognize talented young musicians and to give these artists the opportunity to perform with the Richardson Symphony Orchestra. Held annually in January at the University of Dallas, Texas 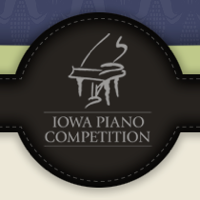 The International Institute for Young Musicians International Piano Competition takes place in July in Swarthout Recital Hall located on the campus of the University of Kansas in Lawrence.  The IIYM International Piano Competition serves students, families, and teachers who are passionately committed to the art of piano performance.  It is a celebration of their talents and an opportunity to gain recognition, enlarge their experience and compete for scholarships and cash prizes.  The semi-final and final rounds of the competition are free and open to the public.

A piano competition conducted annually by the Musical Association ALLEGRO VIVO. The objectives of the of the nonprofit organization Allegro Vivo are the promotion of musical culture and artistic activities in general in San Marino and abroad, using also exchanges with other countries.

The Nena Wideman Piano Competition, which began in 1950, has been held annually the first weekend of December, at Centenary College-Hurley School of Music.

Outstanding pianists from throughout the United States and foreign countries, and from major music schools have been attracted to the Competition.  Nationally and Internationally known pianists and conductors are chosen to be judges. Park ICM Founder and Artistic Director, Stanislav Ioudenitch, won the Nena Wideman Piano Competition in 1998.

For 57 years, the Cincinnati-based World Piano Competition has introduced some of the most talented pianists in the world to the Queen City. Our mission is to promote and celebrate the art of classical piano music.

Park ICM Graduates have entered Graduate Programs at the following on full scholarship:

Students enrolled at Park ICM after attending the following schools: