Join Evanghelina Ciobanu on the cello, Thursday, November 29th at 7:30 p.m. in the Graham Memorial Chapel. Recital will feature works of Bach, Grieg and Schumann*. 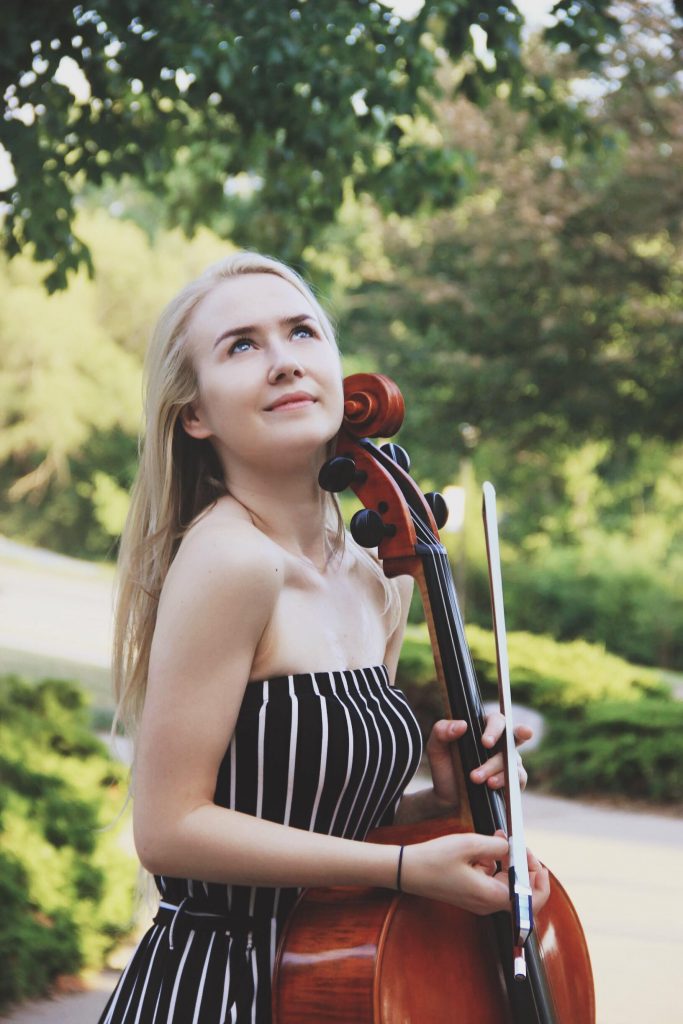 Evanghelina Ciobanu was born in Chisinau, Republic of Moldova. She graduated from Ciprian Porumbescu School of Music in 2013, where she studied with Bella Savich.

She has participated in masterclasses with: Arkadiy Kuchinski, Claudio Casadei, and David Hardy. She has performed in Organ Hall, National Philharmonic Hall, and National Palace (Moldova) as a soloist, chamber musician, and orchestra member.