Park ICM Concerts at the 1900 Building 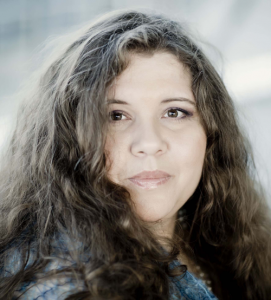 Called the “Brilliant Bulgarian,” Pianist Plamena Mangova will create a rare opportunity for classical music lovers in Kansas City on Sunday, March 11th, at the 1900 Building. Mangova, whose “flying fingers and unpretentious display of power (have) thrilled and astounded her audiences with virtuosic extremes time and again,” will be offering a fabulous first act of Beethoven, Liszt, Rachmaninov, Chopin, and Ginastera.

The arranger, the well-known Russian pianist Victor Derevianko, recalls the creation of this arrangement:

“I first became acquainted with the Fifteenth Symphony a couple of months before its premiere. In Soviet Russia all composers, including the world-famous Shostakovich and Prokofiev, were obliged to present their new compositions to the Union of Composers, where their colleagues and the musical ideologues had to approve and authorize public performance. My colleague, the pianist Mikhail Muntian, and I were invited to perform the symphony in a transcription by the composer for two pianos before this exalted gathering. The symphony was approved, and in January 1972 it was given its premiere. After getting to know the music so spontaneously, and then hearing it in concert, a strange idea came to me – to transcribe the symphony for a chamber ensemble consisting of a trio with piano, percussion and celesta… to my surprise and happiness, Shostakovich approved wholeheartedly of the transcription.” 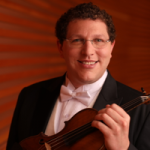 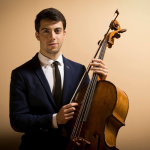 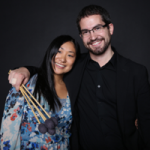 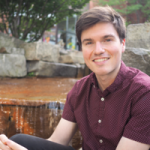 Plamena Mangova won the second prize in the Queen Elisabeth Competition in 2007 and embarked on an international career. She made her studies with Marina Kapatsinskaya at the Pancho Vladigerov Sofia State Music Academy in Bulgaria, and then at the Queen Sofia Higher Music School, Madrid with the eminent teacher Dmitri Bashkirov and Claudio Martinez Mehner. She also worked with Abdel-Rahman El Bacha at the Queen Elisabeth Music Chapel in Belgium and received the advice of renowned musicians such as Leon Fleisher, Rosalyn Tureck, Krystian Zimerman and Andras Schiff. She is a Laureate of various prestigious international piano and chamber music competitions, including “Paloma O’Shea” in Santander and “Vittorio Gui” in Florence, as well as the Juventus Festival in France.

Her first solo CD recording (Shostakovich) was awarded a “Diapason d’Or of the year 2007”. A chamber music disc by the same composer followed with soprano Tatiana Melnychenko, violinist Natalia Prischepenko and cellist Sebastian Klinger which was awarded the Superfonic Prize in Pizzicato magazine. Her Beethoven disc (sponsored by the Belgian Bank Fortis), was highly praised by France Musique and Diapason, as were her exceptional recordings of Strauss’ Burleske (2008) and Brahms Piano Concerto No.1 (2010) with the Belgium National Orchestra and Walter Weller (Fuga Libera label). The latter was highly praised by Bryce Morrison in Gramophone magazine. The last CD, highly praised too, was recorded with the cellist Alexander Kniazev and dedicated to Franck and Ysaÿ.

Recent and future highlights performances of 2017-18 season include: her debut with the Staatskapelle Berlin Orchestra (in the Pierre Boulez Saal in Berlin); a performance with the Hamburger Symphoniker at the Elbphilharmony in Hamburg; concerts with the National Polish Orchestra, the Enescu Philharmonic Orchestra, Latvian National Orchestra, Sofia Philharmonic and Bulgarian National Radio Orchestra; in collaboration with the conductors Lawrence Foster, Gilbert Varga, Howard Griffith, Pablo Heras-Casado, Jun Markl, Yaron Traub, Andris Poga, and Mark Kadin. She will also perform in recital at the Maison de la Radio in Paris and will participate at several festivals such as La Roque d’Anthéron International Piano Festival, Folle Journée in Nantes, the Dubrovnik Festival and the Chamber Music Festival in Jerusalem. Moreover, she is invited to give a masterclass at the Park University, Kansas City – USA. 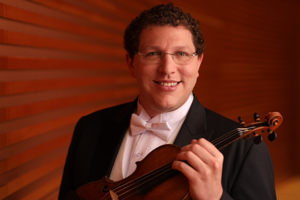 Violinist Noah Geller has performed extensively throughout the United States and abroad. At the invitation of Music Director Michael Stern, Geller became the Kansas City Symphony concertmaster in 2012. He has since appeared frequently as soloist with the Symphony. He made his solo recording debut on the Kansas City Symphony’s most recent release with Reference Recordings featuring music by Saint-Säens. In addition to his activities at the Symphony, Geller is an enthusiastic music educator. Upon his arrival in Kansas City, he was appointed to the position of adjunct associate professor of violin at the University of Missouri-Kansas City Conservatory of Music and Dance.

Geller began his professional career in the first violin section of the Philadelphia Orchestra in 2007 while still pursuing his master’s degree. He served as acting assistant concertmaster of the Philadelphia Orchestra for the 2010 and 2011 seasons. Geller also has performed as guest concertmaster with the Symphony Orchestras of Pittsburgh, Houston, and Beijing (China National Symphony). In addition to his large scale orchestral activities, Geller appears regularly with the dynamic and spirited conductor-less group, East Coast Chamber Orchestra (ECCO).

An active chamber musician, Geller has performed at the Marlboro, Kingston, Saratoga, Heartland and Skaneateles festivals, and he has appeared on the Lyon and Healy (Chicago), Philadelphia Museum of Art, and Lyric Chamber Music Society (New York) series, among others. He is an original member of Shir Ami, an ensemble dedicated to the music of composers whose lives were adversely affected by the Holocaust. Geller has organized and presented concerts by Shir Ami for the Kansas City community, garnering remarkable support and enthusiasm.

Geller grew up in the Chicago area, studying privately with Jennifer Cappelli. He received his bachelor’s and master’s degrees from The Juilliard School where he studied with Hyo Kang, Donald Weilerstein and Cho-Liang Lin. Geller currently lives in Kansas City with his wife, percussionist Mari Yoshinaga, and their dog, Monkey. He performs on a violin made by Andreas Postacchini c. 1840.