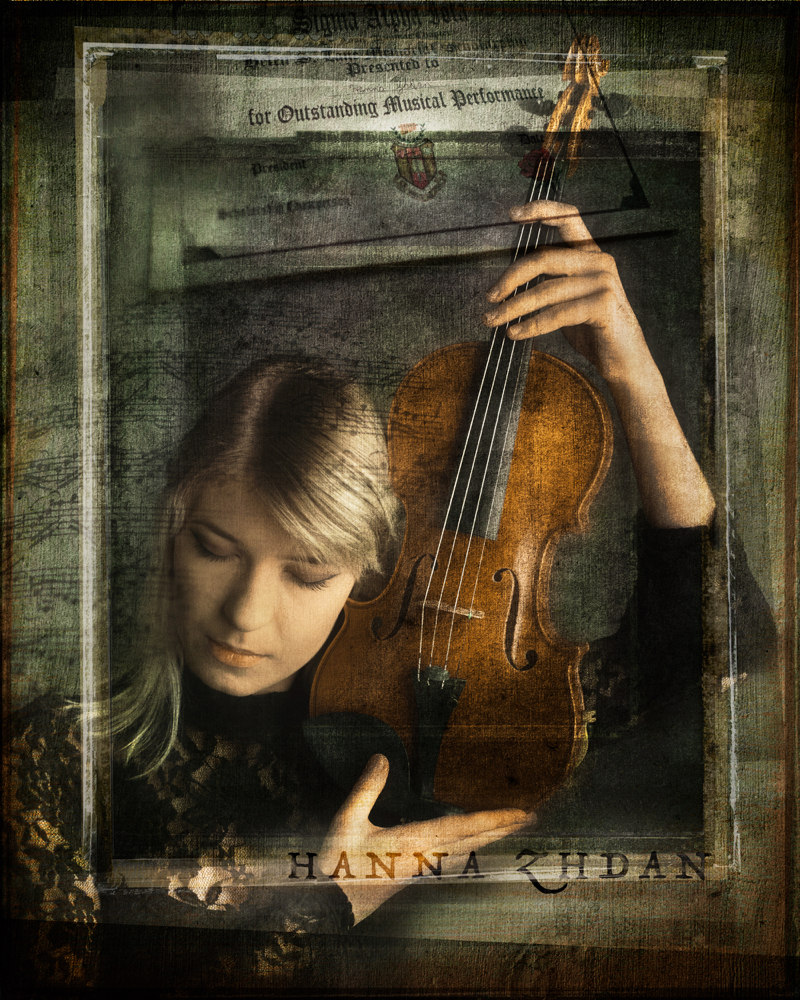 Instrument made by American master Gregory Sapp in 2013. She was able to afford it with the help of the Kansas City Musical Club

Hanna Zhdan was born in Minsk, the capital of Belarus, and grew up in Machulishchi, a small town not far from Minsk. According to Ms. Zhdan, “Living here, in the United States, I love how friendly and nice people are. It’s really nice that people are smiling to you even if they don’t know you – it just makes me happy. I started taking music lessons when I was 6 years old. My mom told me that violin is the queen of music and I decided that I wanted to play it, even though I had no idea how difficult it was. There was a time in my life when I wasn’t sure if I wanted to continue playing violin, because I thought that I am not ready to dedicate my life to it, and not ready to perform on stage and get nervous every time. But when I was 14 years old, I first played in the orchestra and I loved it so much; I just wanted to do it over and over again. That’s when I realized how much I loved music and that it really is worth the commitment it takes.” Hanna came to the United States in 2014. “I came to study to the United States not knowing anybody here and after spending 18 years of my life in Belarus.”

Ms. Zhdan credits two professors who had the greatest impact on her as a musician: Edouard Kuchinsky, with whom she studied for 5 years in Minsk, and Ben Sayevich, her current professor at Park ICM. “I don’t have any particular role model, but I am taking every opportunity to learn something new from different people, not only musicians. And every day I am trying to get better then I was yesterday.”

In April 2017, Hanna presented her first solo recital at Park University. It was first because music students in Belarus usually don’t play solo recitals, so, “I never had such opportunity. I’ve never been as nervous as on the day of my recital, but when I went on stage and started performing, the fear was gone and I was enjoying my performance like I never did before. I feel like it was a huge step forward for me.”