Due to circumstances beyond the control of Park University and the 1900 Building, the Park International Center for Music Guest Artist Series Concert featuring violinist Ben Sayevich and his wife, pianist Lolita Lisovskaya-Sayevich, scheduled for Friday, February 21st, at the 1900 Building in Mission Woods, Kansas, has been postponed. The new concert date will be shared as soon as it confirmed. Our apologies for any inconvenience this may cause. Please contact info@1900bldg.com if you would like to have your ticket purchase refunded. Existing tickets will be valid for the rescheduled concert date.

Violinist Ben Sayevich has established himself as one of the most distinguished violinists and teachers of his generation. Born in Kaunas, Lithuania, he studied violin in Vilnius from the age of 6 at the Churlonis School for the Performing Arts. At 12 he immigrated to Israel with his family and studied with Felix Andrievsky. At age 21, after serving in the Israeli Army, he went to the United States to study with Dorothy DeLay, later moving to the New England Conservatory to continue studies with her (1981-85) and with Eric Rosenblith (1985-87). He is a recipient of the prestigious artist diploma from the New England Conservatory, where he was Rosenblith’s teaching assistant.

Sayevich has concertized extensively throughout North America, Europe and the Far East and has appeared on radio and television as a soloist and chamber musician. He is featured as the soloist in a recording of Vivaldi’s “The Four Seasons” with the Kansas City Chamber Orchestra. At the New England Conservatory he was chosen to play the Violin Concerto by Alban Berg for the celebration of the composer’s centenary. Sayevich’s interpretation carries the tradition that comes down directly from the composer, through his work on the piece with the late Louis Krasner, the commissioner, dedicatee and the violinist at the work’s premiere.

Sayevich is joined in concert by his wife, Lolita Lisovskaya-Sayevich, a reputed concert pianist in her own right. Originally from Uzbekistan, Lisovskaya-Sayevich is part of the impressive faculty at Park International Center for Music. Serving as Director of Collaborative Piano, she works with students during the rehearsal process and accompanies them on piano during performances. Lolita was hired by Park ICM, her husband Ben said, because, “she had a special talent for musical collaboration . . . when you make music together with other people, you have to have a very similar imagination.” Lolita was born into a Tashkent musical family and began studying piano at the age of four. She won the first prize at the Chopin International Piano Competition. She entered the Tchaikovsky Special Music School and two years later was accepted to the Tchaikovsky Moscow Conservatory under the tutelage of Vera Cornosteaeva, with whom she continued postgraduate study. She also studied with Stanislav Ioudenitch at Park International Center for Music. Lolita has played as a soloist with orchestras all over the world. 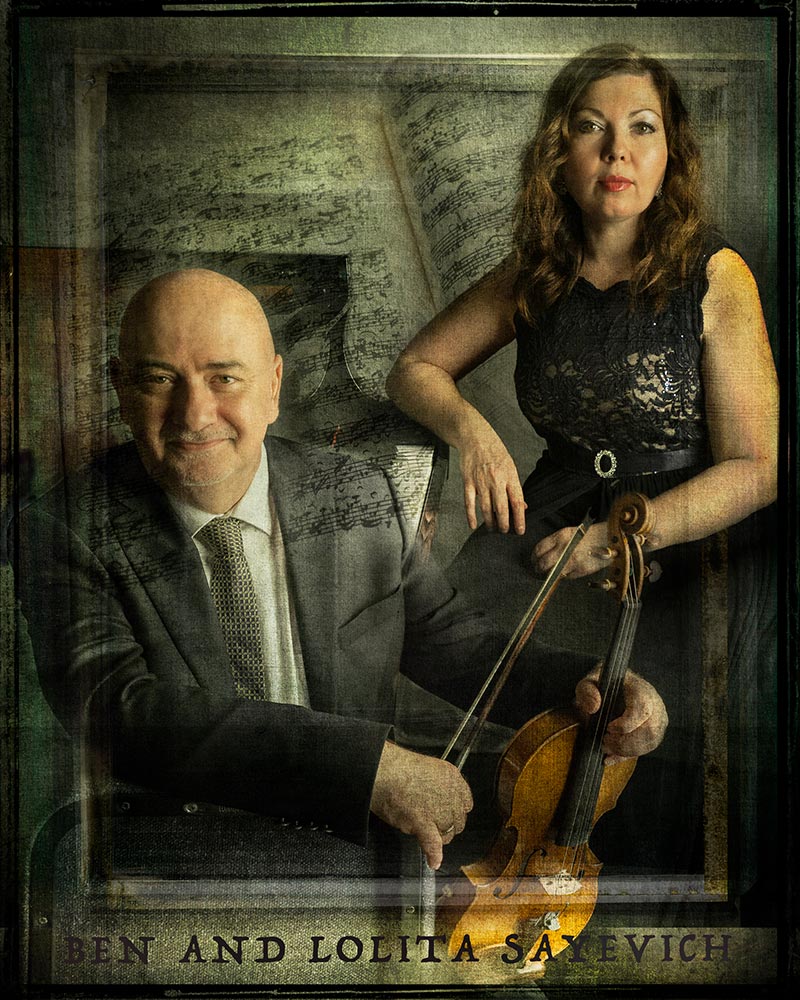