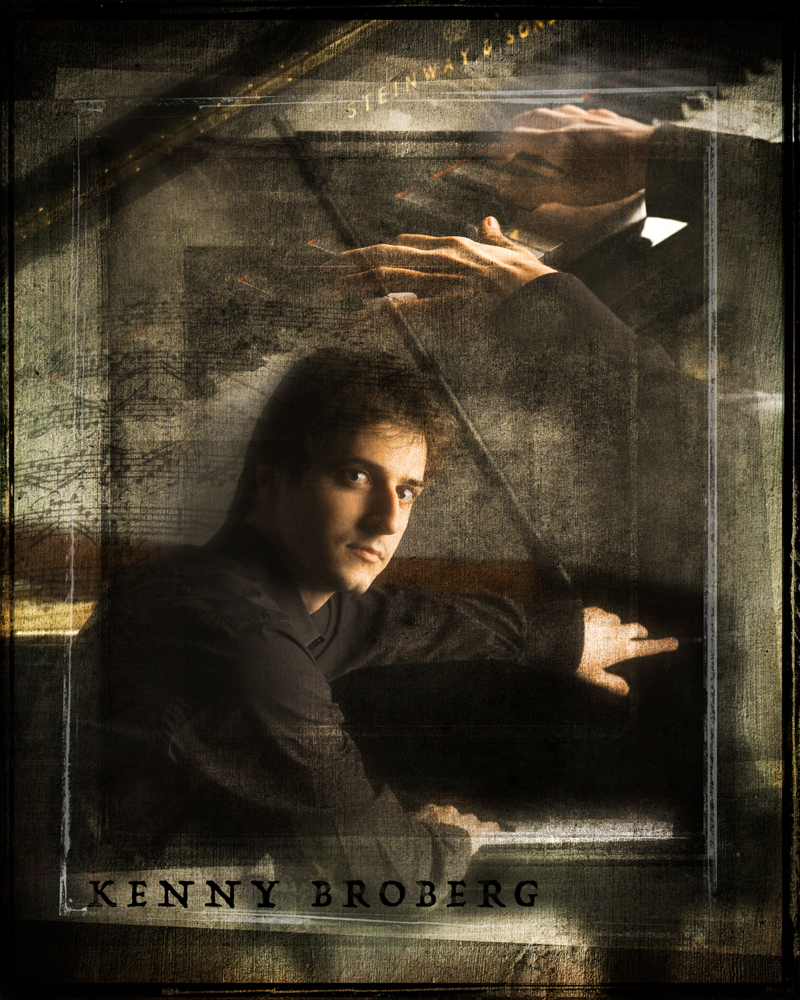 Was supposed to be a scientist but hated math

American pianist Kenny Broberg continues to build a reputation as “one of the most intelligent and intense artists on the concert stage today” (Theater Jones) with fresh interpretations complemented by a natural, honest stage presence. The Minneapolis native first came to international attention when he captured the silver medal at the 2017 Van Cliburn International Piano Competition with performances marked by “an imaginative shaping of themes, revelation of inner voices, and an unfailing sense of momentum” (Texas Classical Review). He followed this with a bronze medal win at the 2019 International Tchaikovsky Competition, adding to previous prizes at the Hastings, Sydney, Seattle, and New Orleans International Piano Competitions. In 2021, he was named the winner of the American Pianists Association Award and received the Christel DeHaan Classical Fellowship.

Lauded for “the ability to build a strikingly imaginative and intelligent program… [leading] his audience through a superbly conceived, brilliantly executed journey” (Theater Jones), Kenny enjoys juxtaposing the novel and familiar, bringing light to lesser-known works alongside classic repertoire. Recent and upcoming highlights include his Spivey Hall debut; a tour of rural Australian communities, along with a return to Sydney; residencies at the Mariinsky International Piano, Stars on the Baikal, Strings, and Sunriver Music Festivals; and recitals in Yokohama, Nagoya, Moscow, New York, and Los Angeles.

He has been featured on NPR, WQXR, APM’s Performance Today, MPR, and ABC (Australia) radio. In 2019, Kenny appeared at the Texas Medal of Arts Awards Gala, performing for honorees including Matthew McConaughey and Jennifer Holliday; he is also a finalist for the 2021 American Pianists Awards. Several of his performances at the 2016 Sydney International Piano Competition were included on CDs released on the Universal Music Australia label. His solo debut album was released in August 2017 on the Decca Gold label, featuring one of his signature pieces, the Barber Piano Sonata, as well as works by Bach, Schubert, Chopin, and Franck.

The first musician in his family, Kenny started piano lessons at age 6, when he was first fascinated by his mother’s upright—a wedding gift from her parents. He studied for nine years with Dr. Joseph Zins before entering the University of Houston’s Moores School of Music, where he earned a Bachelor of Music degree with Nancy Weems in 2016. He currently resides in Kansas City, Missouri, where he continues to be mentored by 2001 Cliburn Gold Medalist Stanislav Ioudenitch at the International Center for Music at Park University. Alongside his teachers, he is influenced by the recordings of Alfred Cortot, William Kapell, and Claudio Arrau.

A hockey and baseball athlete in high school, Kenny enjoys watching and playing sports; he’s even known to catch a livestream of a game while warming up for a performance.

For more information about Mr. Broberg and to find upcoming performances, visit his website at https://kennybroberg.com/ .