These performances will feature the following world-renowned musicians: 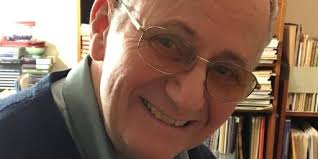 Jan Radzynski’s music is a personal journey through time and sound, exploring his Jewish and Polish roots. It reflects the composer’s love and appreciation of the old masters, yet at the same time it is innovative, daring, grasping the listener’s attention from the first note. The program presents music written for piano solo and chamber pieces for ensembles ranging from duets to nonet in a variety of genres – from sonatina to ragtime.

Get Your Tickets Here:

Sonatina for Violin and Cello – Ben Sayevich and Daniel Veis

Sonata for Cello and Piano – Oliver Aldort and Vlad Kasimov

JAN RADZYNSKI left his native Poland in 1969. He first settled in Israel where he studied composition with Leon Schidlowsky at Tel Aviv University Academy of Music. He continued his studies in the United States with Krzysztof Penderecki and Jacob Druckman at Yale University, where he received his doctorate in 1984. He is presently Professor of Composition and Theory of Music at the Ohio State University in Columbus.

Radzynski received numerous awards and commissions for new works, among them the Creative Work and Research Grant from the Rothschild Foundation, Residency at Mishkenot Sha’ananim, Jerusalem, commissions from the Cologne Radio Orchestra, Individual Artist Grants from the Ohio Arts Council and from the Connecticut Commission on the Arts, and Summer Residency at the Foundation Artist’s House, Boswil, Switzerland. Radzynski’s Kaddish recorded by Jerusalem Symphony received in 1983 a special commendation at the International Rostrum of Composers in Paris.

His compositions are recorded on CRI, Channel Classics, Centaur Records, Delos, Music in Israel (IMI), and Naxos labels. His music is available from Israel Music Institute (represented in the United States by Theodore Presser) and from Keshet Music Publications.