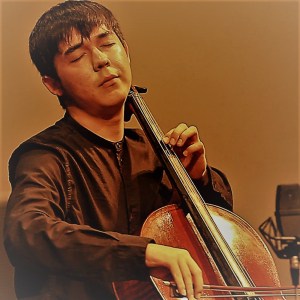 Dilshod Narzillaev, undergraduate student cellist studying with Professor Daniel Veis at Park International Center for Music, is one of 32 applicants from throughout the world to be accepted to attend the Ecoles d’Art Américaines de Fontainebleau, Fontainebleau, France. Fontainebleau is a town southeast of Paris, known for the opulent Fontainebleau Palace. Dilshod was awarded a $3,300 scholarship to attend this summer’s session held from July 6 – August 5, 2018.  His award, based on merit for qualified students, provides tuition, room, and weekday meals.

The music program is for advanced students ages 18-31, but particularly those currently enrolled in undergraduate or graduate music school programs. The program includes performing opportunities including recitals and concerts. A special collaboration with the Fine Arts students, performed at the end of the summer session, celebrates the unique combination of the two schools. Highlights of the Session Include:

The Fontainebleau Schools (also known as Les Ecoles d’Art Américaines de Fontainebleau) are comprised of the Conservatoire Américaine and the École des Beaux-Arts. For almost 100 years the schools have been offering international summer programs of the highest level for students in music and architecture.

The schools originally got their start with the involvement of the United States during the First World War: General Pershing wished to improve the quality of the United States military bands and so asked the conductor of the New York Philharmonic — Walter Damrosch — to organize a music school in Chaumont, France, where US troops were headquartered. The school was led by composer and teacher Francis Casadesus.

After the war, Damrosch and Casadesus decided to continue the school, and with the support of the French government, the American Conservatory (Conservatoire Américain) opened in the Louis XV wing of the Chateau of Fontainebleau in 1921. The American Conservatory — with composer and organist Charles-Marie Widor as its first director — intended to offer the best of French musical education to young, promising musicians.