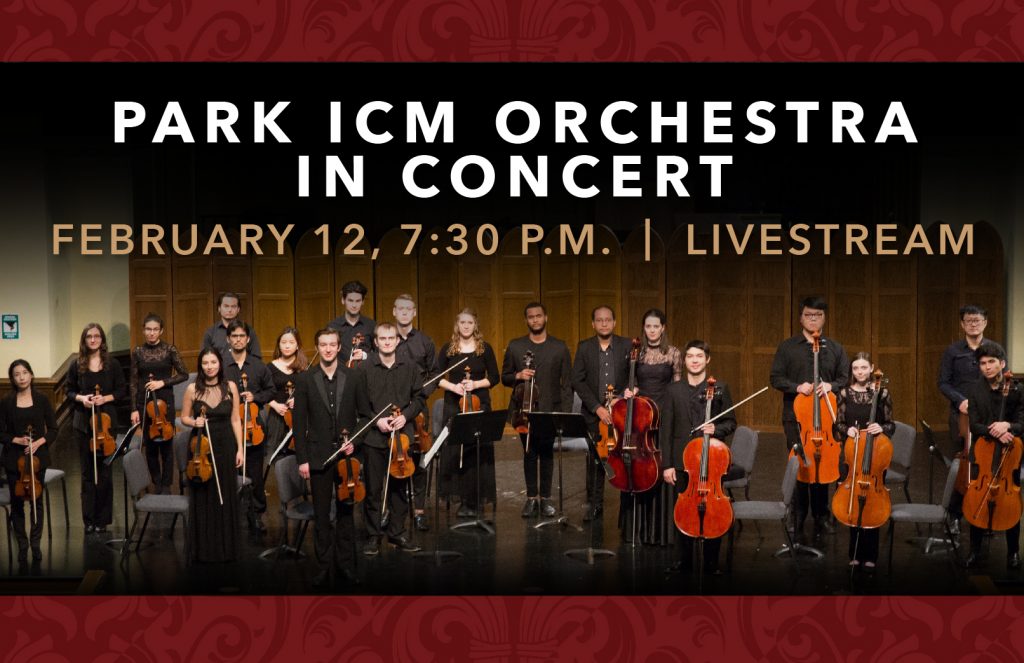 The ICM Orchestra presented a special Valentine’s concert Friday February 12, 7:30 p.m., livestreamed from the Graham Tyler Memorial Chapel at Park University. The program featured works of Sibelius, Puccini, Purcell, Kreisler and others, and highlighted the many moods of Valentine’s Day. This concert is available virtually.

Two ICM student violinists were featured on the program with David Horak as soloist in Jules Massenet’s well-known Meditation from the opera “Thais,” and Orin Laursen playing Fritz Kreisler’s Liebesfreude. Also on the program was the Romance of Jan Sibelius the elegant Pizzicato Polka of Johann and Joseph Strauss, and the touching Chrysanthemums of Giacomo Puccini, composed as a deeply felt memorial to a treasured friend. England’s great baroque composer Henry Purcell is represented by his theatre music to Abdelazer (which contains the famous Rondeau used by Benjamin Britten in his own Young Person’s Guide to the Orchestra!), and Britten’s teacher Frank Bridge was also heard in his own arrangement of the famous Londonderry Air. The entire concert concluded with a true piece of Americana, Leroy Anderson’s Fiddle-Faddle, a jazzy and electrifying work for strings.

Meditation from Thais by Jules Massenet

Suite from Abdelazer by Henry Purcell