“When the Nordic mage of the cello meets the impressive Uzbek pianist, there is electricity in the air. At the top for thirty years, Truls Mork captivates the public by its class, its elegance, its interpretations always radiant. As for Behzod Abduraimov, he is at the forefront of a generation rich in talent. His naturalness, his transcendent technique and the quiet strength of his playing make him a partner of choice for the Norwegian musician.” Théâtre des Champs-Élysée

Described by The Times as the “master of all he surveys” and with The Washington Post noting to “keep your ear on this one”, Behzod’s captivating performances continue to receive international praise.

Recent seasons have seen Behzod work with leading orchestras worldwide, such as the Los Angeles Philharmonic, Boston Symphony, NHK Symphony and Leipzig Gewandhaus orchestras, and prestigious conductors including Valery Gergiev, Vladimir Ashkenazy, Manfred Honeck, Vasily Petrenko, James Gaffigan, Jakub Hrusa, Thomas Dausgaard and Vladimir Jurowski. Last season he made his debut with the Münchner Philharmoniker under Gergiev featuring in their new 360 degree Festival and subsequently made his BBC Proms debut with them.

In North America Behzod will perform in recital at the Stern Auditorium following his debut success at Carnegie Hall in 2015, as well as for the Cliburn Concerts, Carolina Performing Arts, the Vancouver Recital series and concerts with Houston and Pittsburgh, Orchestre symphonique de Montréal and Minnesota Orchestra amongst others. He has recently appeared at the Aspen Music Festival and with orchestras such as the Los Angeles Philharmonic, Dallas Symphony and Seattle Symphony.

In 2017 Behzod will tour to Asia for performances with Yomiuri Nippon Symphony Orchestra, National Centre for the Performing Arts Orchestra, Beijing and Seoul Philharmonic Orchestra and also embark upon a recital tour of Australia. An award-winning recording artist – his debut recital CD won both the Choc de Classica and the Diapason Découverte – Behzod released his first concerto disc in 2014 on Decca
Classics which features Prokofiev’s Piano Concerto No.3 and Tchaikovsky’s Concerto No.1 with the Orchestra Sinfonica Nazionale della Rai under Juraj Valčuha.

Born in Tashkent, Uzbekistan, in 1990, Behzod began to play the piano at the age of five as a pupil of Tamara Popovich at Uspensky State Central Lyceum in Tashkent. He is an alumnus of Park University’s International Center for Music where he studied with Stanislav Ioudenitch, and now serves as the ICM’s artist-in- residence. 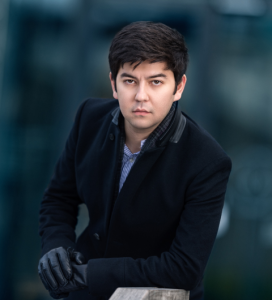 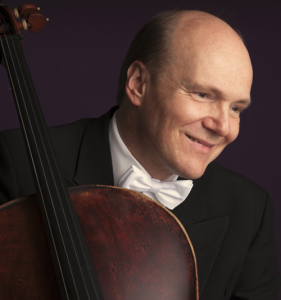 Truls Mørk’s compelling performances, combining fierce intensity, integrity and grace, have established him as one of the pre-eminent cellists of our time.

During the 2016/17 season Truls Mørk will be Artist-in- Residence with the Gothenburg Symphony which will include both concerto performances and chamber music. He continues to give regular recitals at major venues and festivals throughout the world – he was one of the featured artists at the 2016 Piatigorsky International Cello Festival in Los Angeles and will return to the Verbier Festival in 2017.

A great champion of contemporary music, Truls Mørk has given in excess of 30 premieres. These include Rautavaara’s Towards the Horizon with the BBC Symphony Orchestra/John Storgårds, Pavel Haas’ Cello Concerto with Wiener Philharmoniker/Jonathan Nott, Krzysztof Penderecki’s Concerto for Three Cellos with the NHK Symphony Orchestra/Charles Dutoit and Haflidi Hallgrimsson’s Cello
Concerto, co-commissioned by the Oslo Philharmonic, Iceland Symphony and Scottish Chamber orchestras.

Initially taught by his father, Truls Mørk continued his studies with Frans Helmerson, Heinrich Schiff and Natalia Schakowskaya. In his early career he won a number of competitions such as the Moscow Tchaikovsky Competition (1982), Cassado Cello Competition in Florence (1983), the Unesco Prize at the European Radio-Union competition in Bratislava (1983) and the Naumberg Competition in New York (1986).